HubSpot recently released its "The State of Inbound Marketing Report 2012."  You can take a look at the whole thing here. 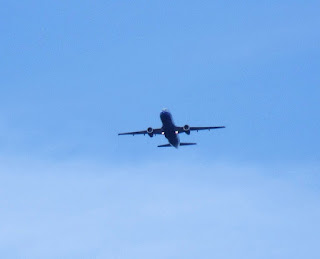 The HubSpot inbound marketing report is a summary of information based on surveys from nearly 1,000 marketing professionals to get a feel for what is going on in this part--perhaps the biggest part--of the legal marketing world.

So what does it reveal?  A lot.  There is too much detail to go through it all verbatim, so those with more specific interest should take a look at the whole report.   However, the five key takeaway delineated in the report are as follows:

2) Perhaps because of its value, marketing budgets are shifting so that more money is being spend on these tools.  Business of all stripes, including law firms, are finding more value in shifting resources to the more cost-effective tools, like having legal blog writers.

3) The last year saw an explosion in social media use, with 62% of respondents admitting that they've begun using social media tools much more than in the past.

4) Interestingly, Google+ has become a growing social media tool.  For those unfamiliar, Google+ is essentially Google's latest (and most forceful) attempt to jump into the social media world.  Think of it as another Facebook.  The verdict is still out on the overall useability and value of Google+ among some.  However, considering the ways that Google search is using the social network, it is becoming more and more necessary for firms to at least be aware of the media and dabble in it.

5) Our Favorite: The value of blogging is rising steadily.  Over 81% of those responding rated their business blog as highly valuable or useful.  In fact, more than a quarter of the businesses mentioning blogging as "critical" to their efforts.  Obviously, as legal content writers we endorse this concept.  But it is encouraging that more and more businesses (including law firms) are coming to the realization that blogging is a tool that is too critical to ignore.

Google "Search Plus Your World" and What It Means For Your Law Firm Blog
Posted by Paul Richardson at 3:56 PM