Changing At the Speed of Legal Blog Writing

Technology changes everything.  What made sense ten (five?) years ago is obsolete today.  Blah, blah, blah...

You have undoubtedly heard the stale tropes about the changing landscape of everything as a result of the personal computer and, perhaps even more importantly, the world wide web.  These claims are undoubtedly true in many contexts--and that includes legal marketing generally and law firm blogging specifically. 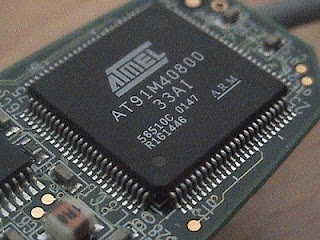 But less talked about is the actual speed of the changing and what is changing fastest.  Those with a geeky side have likely heard about "Moore's Law."  The idea is that over time processor speeds on computer double every two years (or 18 months).  It is a fascinating and helpful little reminder of not only the fact that everything about life is much different now than it was in the past but that things tomorrow will be much different than they are now.  The idea of change is important but the rate of change is staggering!

What does this have to do with law firm blogs?

An interesting new Gigaom story discusses the idea that blogging actually changed things in some areas for more than processor speed.  The obvious example is newspapers, but the same idea applies to law firm marketing generally.

The basic premise is that the newspaper industry knew very early on about the rise of the computer and internet and the effect it would have on the business.  Various stories can be found from the early nineties detailing the coming changes.  But there is one thing absent in those early memos--serious discussions of social media.

The author writes, "From blogs to Twitter, that transformation...has probably been more disruptive than any other technological development since then, and it is one that many media entities still have not fully adapted to or taken advantage of."

Law firms are not media entities, but in today's world on online presence, new content is everything.  In that vein, the marketing vein of the firm IS a media entity and its understanding of the new reality is paramount.

The bottom line is this: social media disrupted this published world more than the steady increase in processor speeds. This is the case because Web 2.0 (social media like Facebook, Twitter, and legal blogs) change the relationship between the media (message) and "the people formerly known as the audience."

Accepting this idea in the legal world means embracing everything about this reality as soon as possible.  Trust us...it isn't too late.  For all the talk about this topic, the majority of firms are still WAY behind the curve.  That means contacting legal content writers, embracing social media, and otherwise getting the ball rolling may still have an impact in your corner of the world for your firm.

(Photo courtesy of Jason Tromm)
Posted by Paul Richardson at 11:51 AM