ABA on Google Plus

Like many of you, I make a habit of quickly flipping through each edition of the ABA Journal that arrives in the ole' postal box.  Magazines are always a healthy diversion from the task after task after task grind. This time around I was pleasantly surprised to see a few articles touching on issues near and dear to my heart--law firm social networking and blogging.

You may have skimmed the articles.
The first was on Google Plus--the latest social networking service that would undoubtedly mean nothing to anyone except for the fact that it was created by the search engine behemoth--Google.  Social networking and SEO-types have been debating the merit and future use of Google Plus since it was first released over a year ago.

So far, I think it is fair to say that the short summary so far is: many people have signed up (because its easy if you already have a a Google account), but few use it regularly.

The ABA Journal story provided two perspective on the service--a pro and a con.  The supporters of the service essentially emphasized the benefit of the sharing tool for firms that already utilize Google App programs for other things--mail, the cloud, calenders, etc..  For those firms, GooglePlus is essentially an intraoffice tool.  That makes sense, and increasing use of the service for larger firms is painless and helpful.

In opposition, however, the author noted that most firms are still way behind on the basics of content creation and successful online presence leveraging.  For those firms (the majority) GooglePlus is basically a distraction.  The fundamentals need to be put into place first, without too much focus on second-tier social networking sites.  The author writes, "Daily and weekly updates and addition of content are key.  Then and only then should a firm take a dip into the water of true social networking."  This is also a clear-sighted observation.

At LawBlogWriters, we often get asked about GooglePlus.  While our focus is on actual law firm content creation--and not necessarily social network management--we certainly keep a pulse of all of these developments.  It is critical to understand which outside services and networks are valuable and which  are not.  Every attorney and firm has limited time and money, and so it reasonable to hold off on investing anything in  new service until it is clear that the service provides some value.

So what do we make of GooglePlus?

For the most part, the author in the ABA Journal article who harped on the negatives is mostly spot on.  Most law firms either do not have blogs, don't update the blogs, or don't update their website.  The new content must come first.  Simply forwarding stories written by others on GooglePlus is of little value if firms are not creating unique content on their own.

However, one consideration lacking in both perspectives was the obvious fact that Google plans on leveraging its search engine dominance to incorporate GooglePlus.  The "liking" feature on the service will undoubtedly become a factor in future (and current) SEO efforts. For that reason, it is smart for all firms to at least get the basics of GooglePlus in place.

Create an account, put your new content on it, and slowly begin building a network.  While it is not worth throwing significant money or time into (yet), it is reasonable to lay the foundation, because odds are it will be mandatory for future SEO efforts.

Posted by Paul Richardson at 2:37 PM No comments:

The Future of Legal Content & The Search -- Beyond Google

Search Engine Optimization (SEO) refers to increasing one's presence in online searches.  When thinking about searches everything basically begins and ends with one search engine: Google.  Of course, Google is not the only game in town, Yahoo, Bing, and other sites exists for web travelers to navigate the intricacies of the ever-expanding WWW.  But it is folly to assume that these alternatives have anywhere near the use or influence of Google.

For that reason, changes to Google algorithms (the rules which determine the ranking system) result in immediate changes to SEO plans.  That includes changes to things like legal content writing and blog writing for law firms.  None of this makes blogs less effective--in fact they are becoming more and more useful--but they do change some smaller details.  There have been changes in how links are used in posts, what location keywords are referenced, the length of the material, and more.  We will likely write a more in-depth post on the most recent changes as they affect law blogs soon.

But the bottom line is that as goes Google, so goes the world.  But will that always be the case?  Who can say.

Facebook Search?
News was made this week when Facebook founder Mark Zuckerberg indicated that "at some point" the social network king would enter the search market.  When they do, the company will be "uniquely positioned" says Zuckerberg.

Interestingly, Facebook already does some "searches" within the network--people searching for other people, brands, or companies.  According to the story at Search Engine Land, FB is doing a billion searches a day "without even trying."  But they may actually try in the years to come.

When they do, the format of the search may be different than today.  Instead of producing a straightforward list, the search may be more about "providing answers."  It doesn't take much extrapolation to figure out that a search that shifts from ranking well to "providing answers" will be critical for law firm online marketing in the years to come.

Legal Ghostwriters
No matter what, however, it is simply undeniable that creating new interesting legal content, using law blog writers, or legal content ghostwriters will continue to be a crucial component of SEO for law firms.  But, it will be interesting to follow as the world of the search grows and perhaps includes new competitors to the Google Gialiath.
Posted by Paul Richardson at 7:54 AM No comments:

A post yesterday at SEOmoz (a site you should subscribe to) discussed a topic near and dear to our legal content writing hearts: the importance of new, unique material for search engine optimization.  In discussing a "transition" in effect the author noted that is must mean "that content is now at the epicentre of audience creation once again."

The catalyst for the post was a algorithm change made by Google recently known as "Penguin."  Essentially these changes just alter the (very complex) way that the king search engine decides how sites are ranked for certain searches.  The fundamental principle of Google (and subsequently all search engines) was linking.  The idea was that the more links going into a page, the more "authority" that page likely has.  As a result, the page shows up higher in the search because it has a better chance of proving helpful to the searcher. 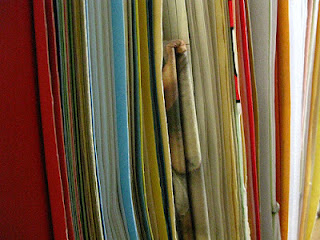 At the end of the day, linking alone is nowhere near sufficient to best manage the search, because links can so easily be "gamed."  That is why, underlying it all is not necessarily links but content.  For lawyers and online legal marketing that usually means one thing: more and better legal blog writing--new material, interesting comments, summaries of complex information, helpful reminders--anything that might be useful to another person on the planet.

The SEOmoz post author fits this into the larger picture, "We don't get excited about where a paper is printed any more..  Instead its about the content that's printed on it."

Understanding the importance of legal content writing is stage one in the "SEO for Lawyers" toolkit.  Amazingly, many many attorneys and firms have yet to grasp the underlying concept.  It is not hard to see this--just look at most attorney websites (or blogs, if they have them).  What you likely find is minimal content, stock images, or law firm blogs that are not updated even close to frequently.  All of this is an indicator of the lack of importance still placed by so many on new content.

But getting across that first hurdle--understanding the central role played by content--is the key to it all. You have to get past that, for example, before you hire legal content writers or even touch the ideas which make up the rest of the SEOmoz post: Creating a Content Writing Plan.

If you are an attorney you likely have little time to delve into the details of the content writing plan portion of the text.  But, we'll summarize it thusly: know your audience; know what topics work; write consistently and timely.

If you are working with a website company or "SEO guy" you will likely hear terms like "content marketing" more and more.  That is what they mean when they say it: creating new words under the name of the firm to post on a blog and send into the social media universe.
Posted by Paul Richardson at 3:11 PM No comments: