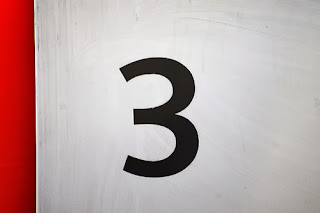 Some attorneys are afraid of jumping with both feet into the world of law firm blogging. A concern is the need to be careful with online writing and publication because of ethical rules, including strict advertising limits for law firms.

Law school professional responsibility classes are chalk full of lessons discussing times gone by when even the most basic advertising was not allowed. Lawyers have to be careful what they say to draw in clients--it is a lesson drilled into all attorneys.

But it is a brave new world. And the truth is that reports of mass problems caused by law firm blogs are greatly exaggerated. So long as a few very basic rules are followed, there is little to fear from adding content to blogs on a consistent basis as part of your reputation-building and SEO strategy.

The few cases where attorney blogs cause problems are in these three main problem areas:

(1) Defamation
Never make false, harmful, unprofessional statements against another.  In short, do not commit online defamation that may harm another's reputation unnecessarily. That does not mean you should avoid all controversial issues or not discuss any individual in a negative light. Instead, just be professional about it all, and avoid rants against individuals that you may dislike--particularly judges, opposing counsel, or clients. Though, even when lawsuits are filed claiming defamation as a result of law firm blog posts, they are frequently tossed out.

(2) Client Confidentiality
Never reveal client confidences in a blog post. This should be a no-brainer, but in the heat of describing a case that was just finished or using a personal example, you may accidentally forget. As always, avoid saying anything that is not part of the public record. You can certainly discuss your own cases, but do so tactfully. In a recent case out of Virginia (not exactly a liberal Bar), an attorney won an appeal vindicating his ability to discuss his own cases on his own law firm blog as part of his First Amendment Rights

(3) Disclaimers
Consider adding clear disclaimers. In the same Virginia case, a public admonishment was upheld for the attorney's failure to indicate that the blog was advertising and that his discussion of past case results did not automatically guarantee similar results in future cases. It is always a good idea to make this point clear at all times. Similarly, when referencing public bodies or organizations it is helpful to make clear that the attorney is not affiliated with them. For example, there have been a few cases with attorneys working on social security disability or unemployment matters being challenged for appearing as if they were official representatives of the state.

The bottom line: Keep these three main issues in mind and there is no need to worry about regarding the intersection of legal blog writing and professional rules of responsibility.