Beyond Blogs --The (Uncertain) Forefront of Legal Marketing

Those of us who work in legal marketing are often under the mistaken assumption that most (or at least a majority) of law firms are reasonably well-acquainted with the modern day necessities of a website and use of updated original content to share information with the public and attract clients.

But we exist in a bubble that distorts the picture.

Believe it or not, most law firms still do not have a legal blog. But, if you are reading this, chances are you already have a blog, work with legal clients who have blogs, or, at the very least, are seriously considering (finally) taking the plunge.

For a moment, we'd like to avoid another post where we bang our heads against the wall while exclaiming that every single law firm needs to have an updated blog. Instead, we'd like to jump to an even more "futuristic" marketing tool that some early-adapter law firms are using: Daily Deals. 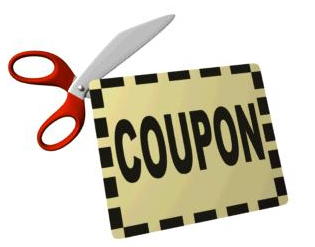 The Daily Deal craze (think Groupon and Living Social) is no longer a "cutting edge" idea. For several years now, business of all stripes have been exploring the tool. The basic idea is for these companies to cull millions of followers to whom they present unique, daily deals--steeply discounted products and services. The notion is attractive for businesses seeking to spread information about their services and entice reluctant potential customers to give them a shot.

While Daily Deals are old news for many, lawyers are only just beginning to try it out. The reluctance is for good reason. Not all services are the same.

It is one thing to entice a resident into buying a 50% off white water rafting trip ("I have always wanted to do that...might as well jump on this."). It is an altogether different thing to sell some 50% off legal service ("I have been meaning to get a divorce...might as well hire this guy and take care of it now.").

Lawyers and marketing teams considering these daily deals must think very clearly about whether it make sense. The answer likely varies considerably between practice areas. Those looking for injury or divorce cases, for example, may have a hard time justifying use of daily deals--and their clients are far less likely to need legal services on a routine basis. Alternatively, those crafting estate plans (or other flat fee options) may be able to justify some general coupon system ("I have been meaning to get that will written up...might as well try it now.").

The Ethics
Beyond the marketing strategy, as with all lawyer conduct, ethics must be considered. Are there any potential ethical pitfalls to consider?  The three key issues to consider:

1) Competence: As always, you should never take on a legal matter that you do not feel comfortable actually handling. It is critical to be specific when making these deals, so that a "50% off" coupon does not generate clients in areas that you do not want to handle. Once the deal is purchased, it may not be as simple as telling the potential client that you will not take their case.

2) Honesty: Similarly, it is important not to let the marketing language with the deal get the best of you, breaching honesty with the client. Most notably, if the deal suggests that you are offering 50% off your regular hourly rate, from $300/hour to $150/hour, you should actually charge $300/hour regularly. Misleading the public to generate business is never acceptable.

3) Fee splitting: These Daily Deals can be structured in different ways. The most common are general coupons for X% off an hourly rate for a total of X hours. This method is the most simple and generates the least complexity. Alternatively, deals that require the purchaser to pay up-front (with the Daily Deal company collecting the cash) may come with fee-splitting and escrow issues.

To learn more about the potential ethical issues to weigh with Daily Deals, definitely browse the ABA Standing Committee on Ethics and Responsibility's recent Formal Opinion 465 "Lawyer's use of Deal-of-the-Day Marketing Programs." The opinion does not suggest avoiding these tools, but it does offer clarity on how to keep within PR bounds while doing it.

Photo Credit: paulswansen via Compfight cc
Posted by Paul Richardson at 7:55 AM